Feng Shui - Harmony is the strategy 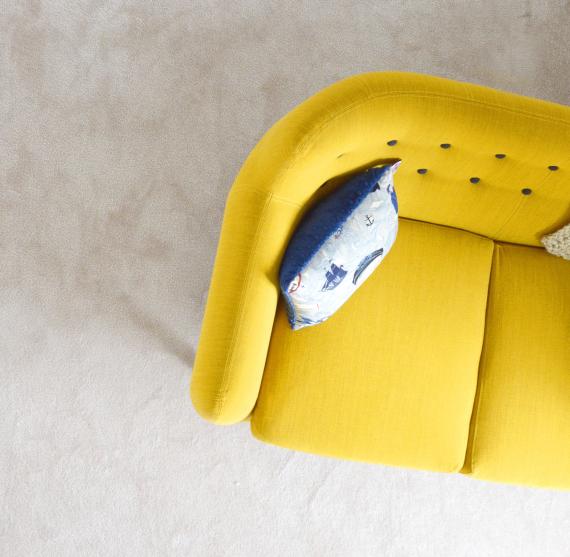 Surely almost everyone has heard of Feng Shui before, and most probably associate more esoteric and furniture repositioning than it really is. But what IS it? Feng Shui is a Taoist harmony theory from China.

The aim of the philosophy of classical Feng Shui is the harmonization of man with his environment to keep the life energy, which is regarded as the driving force in life, in motion. This can be achieved by the special, feng shui-eske design of living spaces, the furnishing of a room, but also by architecture and garden art, sometimes even by urban planning.

Feng Shui is based on several Chinese views, especially the teachings of Qi (life energy), the doctrine of Ying and Yang, the cardinal directions and the system of the five elements. The Qi must be able to flow freely and, if necessary, be diverted through a scheduled intervention. By merging the traditional attributes with the understanding of the Western world, which in turn is strongly influenced by the ideas of the esoteric and New Age movement, the Feng Shui that we know today emerged in the late 1980s.

Theories of color design, the energetic flow of crystals and fragrances and the use of wind chimes replace the original teachings. The resulting Neo-Feng Shui or New Age-Feng Shui is mainly used in the furnishing of rooms, apartments and houses. The aspects of the classic Feng Shui, such as the above-mentioned Ying and Yang principle or the meaning of cardinal directions hardly play a role anymore. The orientation of the furniture, for example, is no longer to the cardinal points, but simply according to the arrangement of doors or entrances.

Commonly, Feng Shui today is often equated with a style of furnishing in the Western world. The endeavor, as in the old Chinese philosophy, is to allow Qi to flow freely and unhindered through the living space. Because the freer it flows, the greater the personal well-being. This outpouring is said to be a positive atmosphere that should give a feeling of protection, security and strength. On the whole, that was about it regarding the similarity between traditional and modern Feng Shui thought.

The prerequisite for the application of Neo-Feng Shui in your own home is a tidy room or tidy living spaces. Of course we are most interested in the bedroom. For example, you should only have items that are actually needed for sleeping. Your desk in the bedroom? No, please don’t. The yoga mats leaning against the wall, the meditation bench squeezed under the bed, a big brass candelabra set up between the bed and the window? For heaven's sake. The huge sun mirror as the main decorative element above the bed, possibly even opposite the window? Not a good idea, because if you do it like that, Qi can escape. Those who cannot or do not want to do without a mirror in the bedroom should cover it as well as all other reflective surfaces at night, according to the New Age-Feng Shui view.

On the other hand, plants - at least up to a certain size - ensure a pleasant indoor climate. Additionally, what is important for the well-being in terms of Neo-Feng Shui, is plenty of natural light and fresh air in all rooms.

The central point of the room is the bed. Especially important is the right location: not under roof beams or bevels, not pointing the foot towards the door and not between a window and a door, because this can lead to restlessness or nervousness. It should rather be directed with the head end against a wall in which no water pipes or pipes are laid. If the bed stands free in the room instead, it should have a high and firm headboard made of wood or metal, which gives the feeling that no one can "fall in the back". It is also important that the bed is on legs and there is enough space underneath, so that the Qi has enough space. For those who use the space under their bed as storage space, if the Qi is to flow, this space must remain clear and an alternative space for the old photo albums, yoga mat collection, and bedding storage boxes must be found.

That sounds a bit complicated? Granted, in smaller apartments, the increasingly popular Tiny Houses or other tight living conditions, a generous interior design is often unworkable. But even in a small space, the basic ideas of Neo-Feng Shui can be implemented. Do not overfill the rooms, pay attention to clarity and light and make up the rooms in pleasant colors. This does not cover all aspects of Feng Shui, but you can build on this basis if you want to continue to study the topic.

If your plan is to read more about Feng Shui on your tablet or smartphone in the evenings before you go to sleep to action it in your home, do not forget to turn off your mobile device or remove it from the bedroom before you close your eyes. Because electronic devices near the bed, especially when they are turned on - you guessed it - disturb the Qi and the sleep.